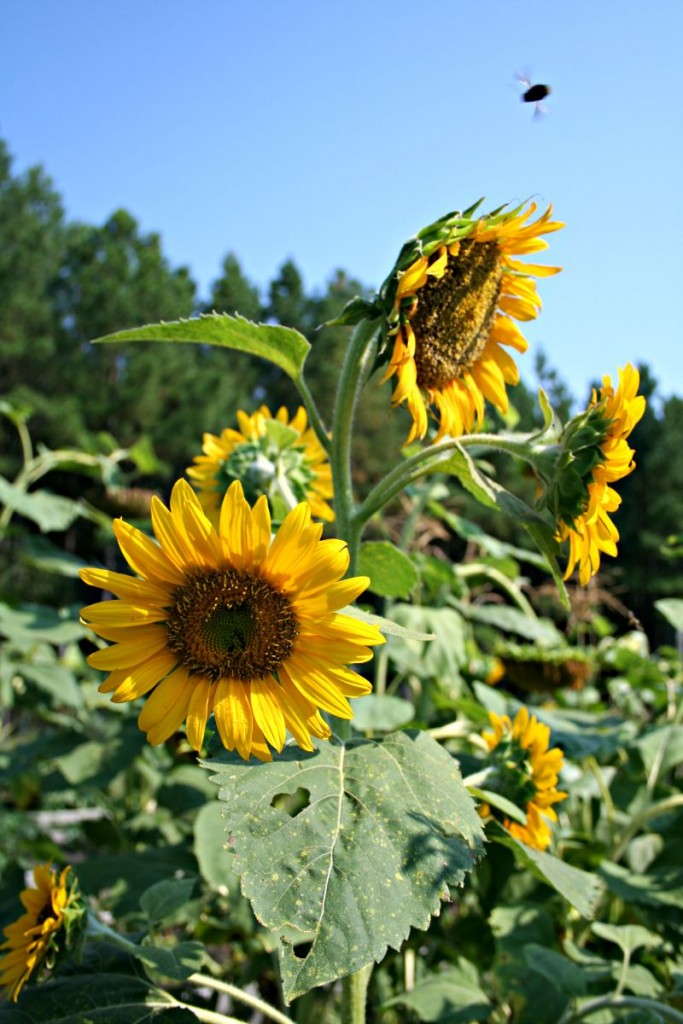 I’m really careful when working in the garden to avoid an unwanted encounter with something that stings. I wear heavy denim jeans, a sleeved shirt, workboots or sneakers, and heavy neoprene gloves. My Badger gardening gloves are my best friends these days; not only do they keep my hands dry, they prevent thorns and stings from reaching my skin.

Nothing prepared me for what happened on Saturday. I was trimming back the trees on the western edge of the garden and had pulled out a large sumac seedling, a task I’ve done a thousand times before. As I reached up to toss the debris into the woods, a searing pain raced down my leg. Thinking I’d managed to get a thorn through the denim, I took another step forward, and felt pain a few inches away from the first throb. I glanced down and saw a bright yellow insect on my leg, and felt another burning pain. Without thinking, I brushed the insect away, then realized it was flying, not crawling. I’d been stung by what at first I thought was a wasp, and later identified as a very large yellow jacket.

I screamed for my husband who was working on the porch of the house but he couldn’t hear me over the loud noise of the power washer’s motor. I limped back to the house, told him what happened, and he helped me get some ice packs onto the stings. Okay, my ice packs were bags of frozen lima beans, but they worked quite well.

I ended up with a large goose-egg sized lump around two of the stings. I kept on working, taking an Advil to deal with the pain. I finished weeding, canned beets, and felt okay except for the discomfort from the sting. I didn’t think anything of it…until Sunday, when I woke up feeling like I had the worst flu of my life. I ended up spending most of Sunday feeling lousy, with the flu-like nausea and other symptoms passing about 24 hours after the sting.

What happened? I didn’t have an allergic reaction. We both know the signs of an allergic reaction and watched carefully for them. After some research, I realized that what I had was a venom reaction. The venom is poisonous, and if you get enough into your system, or it’s of a particular potency, it can really make you feel sick!

Today I feel fine, and am back at work. But we found a large yellow jacket nest at the base of one of our apple trees, and I can see them darting into the woods where I threw away the brush. It’s hard not to get stung when you live and work in the country. It’s one of those aspects of country life that I never thought about from the safety of my neat little suburban lawn in Long Island!

Yellow jackets typically nest in the ground, although they may build overhead nests in trees, awnings, or on shutters. You can’t see their nests easily. The holes where they enter and exit the colony are about the size of a pencil. Your first warning that there’s a yellow jacket nest in the ground may be a sting.

The worker swarm near the entrance to protect the colony, and they will defend it fiercely if they perceive you as a threat. If you find a nest, leave it alone. Although I like to think of yellow jackets as nasty a-holes who don’t contribute much to my garden, they do provide some benefit as pollinators and control of bad bugs, so I try to let them be until they threaten me and mine. And then all bets are off.

If you do find a nest and you have small children, you may wish to call an exterminator to have it removed professionally. Dusts and sprays are available to treat nests, but they must be used according to the package directions.  Use the buddy system when treating nests; make sure you have other people around in case you get stung. Work near such a nest at dawn or dusk, when the insects are less active and less likely to seek their revenge. Call a professional when in doubt and if you’re allergic to bee stings do NOT, repeat DO NOT try to get rid of them on your own. Please, use common sense!

As for me, I’m giving the yellow jackets a wide berth today. Nasty critters. I’m weeding the opposite side of the garden this evening. 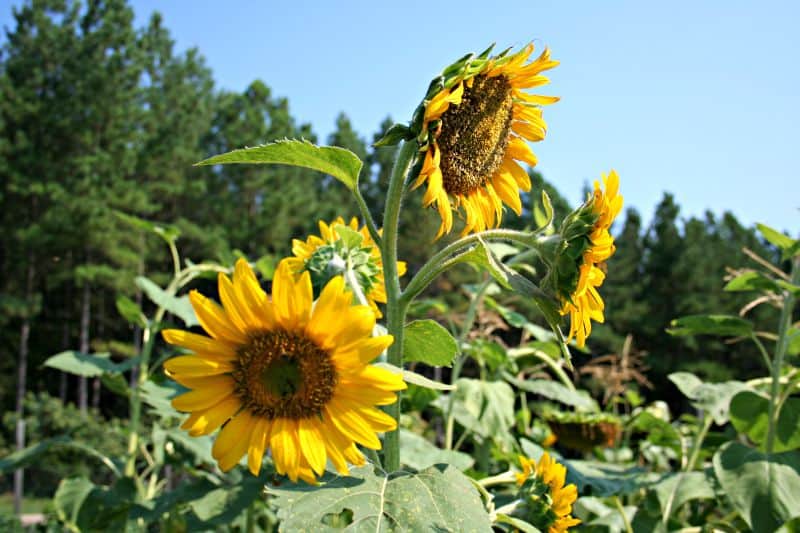