Biochar is a byproduct of alternative fuel production. Essentially, it’s a special type of charcoal produced from plant wastes. It’s a practice that’s been used in agriculture for over 2,000 years, but science is now demonstrating how valuable biochar may be to both home gardens and agricultural production. Feeding your garden soil helps feed you and your family! 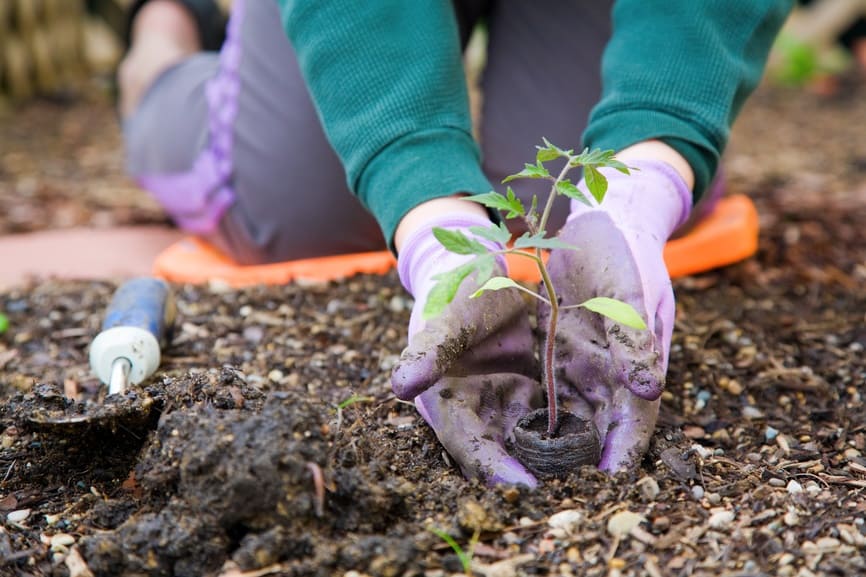 Imagine a forest fire sweeping through the land. The incredibly high temperatures convert all of the vegetation into ash and charcoal within hours. The crumbling ash falls to the soil. Farmers for centuries have used controlled burns to replenish local soils.

Today, alternative fuel production offers both energy and useful byproducts similar to what our ancestors created through controlled burns. Alternative fuel production units burn organic material and produce energy as well as waste products called biochar. It looks like charcoal, and in fact it is, but a very special kind of charcoal. The unique process called pyrolysis burns fuel between 350 and 700 degrees F to produce a clean charcoal – biochar.

Biochar holds carbon in the soil, so it’s not released into the atmosphere as pollution. It also improves soil texture in various ways. Biochar allows water to permeate soils or improving drainage, depending on what the soil needs. It binds heavy metals and pollutants in urban areas where it’s been tested. The pores in biochar offer a welcome habitat for fungi and bacteria – the good guys in the soil ecosystem. All of this adds up to improved soils capable of supporting healthy plants.

The chemistry behind biochar is also fascinating. If you can remember your high school chemistry, biochar has a negatively charged surface. Negative surfaces bind to positive ones. Biochar binds hydrogen, which raises soil pH. It also binds nutrients, holding them in the soil where plants can access them rather than releasing them to wash away into ground water. The ion exchange process makes more nutrients available to plants.

I’ve seen biochar for gardens advertised, but studies just aren’t there yet to back up its safety. I don’t think that it could be harmful based on what I’ve read about it, but I prefer to wait until the researchers are finished studying something before trying it in my garden.

Where it has proven beneficial is on lawns and wooded areas, so if you have large lawn areas that need improvement, or mixed areas of trees and lawns, biochar appears to be both safe and beneficial.

Don’t try to make biochar for gardens at home, by the way. The special process called pyrolysis has to heat the materials up so high that you wouldn’t be able to do it at home. You also can’t remove oxygen from the mix the way commercial burners can, and so any charcoal produced at home, while potentially beneficially in small doses, isn’t biochar.

I’m going to continue to read up on biochar for gardens and I look forward to more studies on this fascinating development. I really love the concept of alternative fuels and if the byproducts of burning an alternative fuel benefit agriculture so that we can feed more people, so much the better.

For more information on biochar, including a much more detailed scientific explanation of its active qualities and production than I could ever attempt, please see: