Do you watch those shows on television like What Not to Wear – you know the kind I’m talking about, right? The ones that show you what not to do so you won’t be foolish enough to do them?

I think I need my own show called “What Not to Do in the Garden”. Featured in the first episode is planting flowers in July, in Virginia, during the heat of the summer.

But I couldn’t resist this plant: Echinacea Cheyenne Spirit.

Could you resist this beauty? 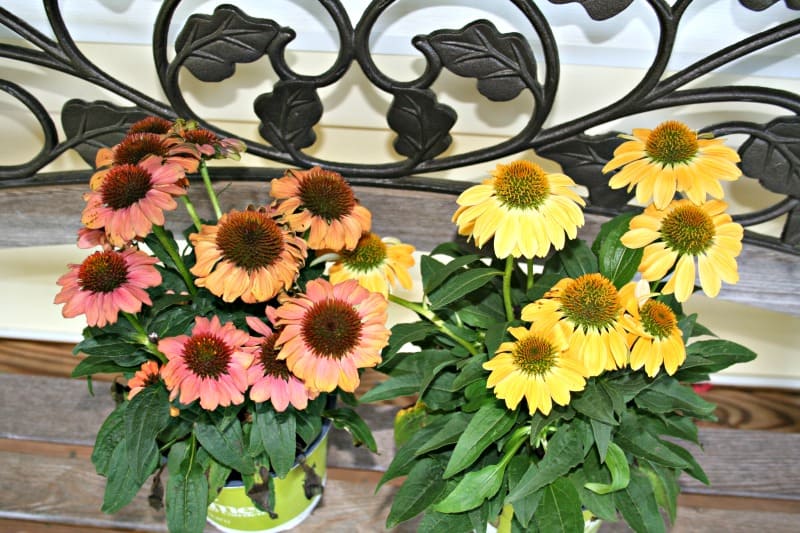 Echinacea “Cheyenne Spirit” is a relatively new hybrid from this native North American plant. I love Echinacea in the garden for its hardiness, deer resistance, drought tolerance, and ability to attract butterflies. I mean, what’s not to love about this plant?

Which is probably why I don’t have just one. I sort of planted an entire meadow of them….. 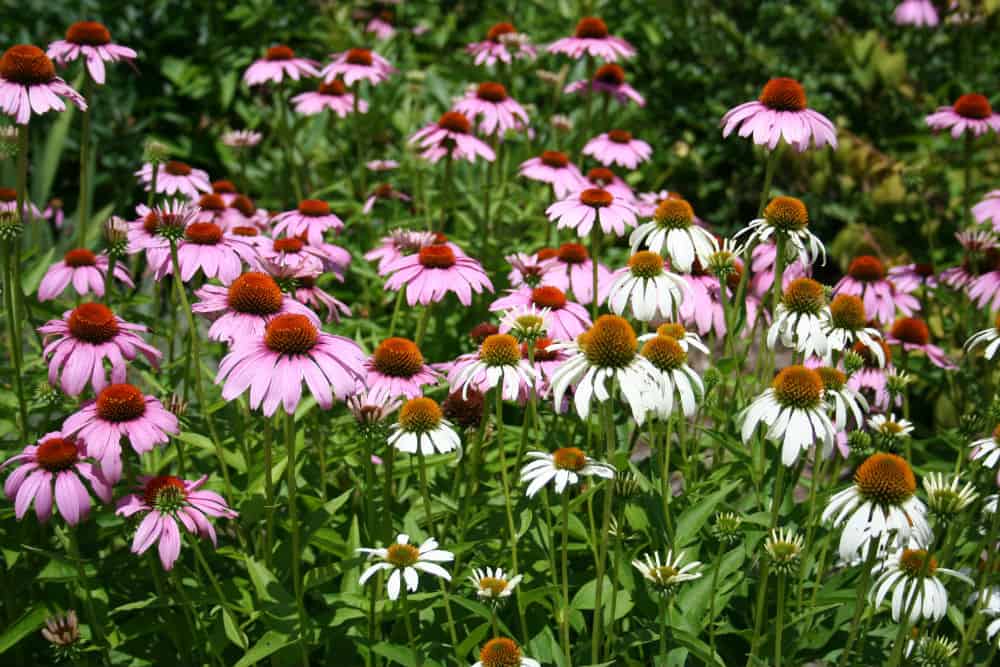 Echinacea “purpurea” and Echinacea “White Swan” in my garden. 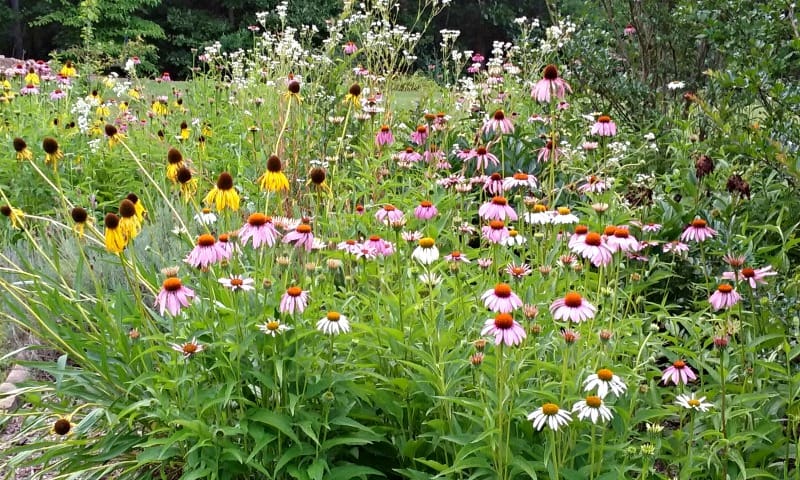 In my defense, it was pure beginner’s luck/stupidity that enabled me to plant a huge meadow of Echinacea. When we first moved in, I wanted a lot of flowers, but we didn’t have a lot of money to spend on plants. I bought a set of three packages of coneflowers: white, yellow and purple. I planted a row of them around an island bed of flowers in the middle of the yard, figuring they’d be a nice little border.

That was eight years ago. As you can see, they reseed – prolifically.

I’ve transplanted them throughout the garden. 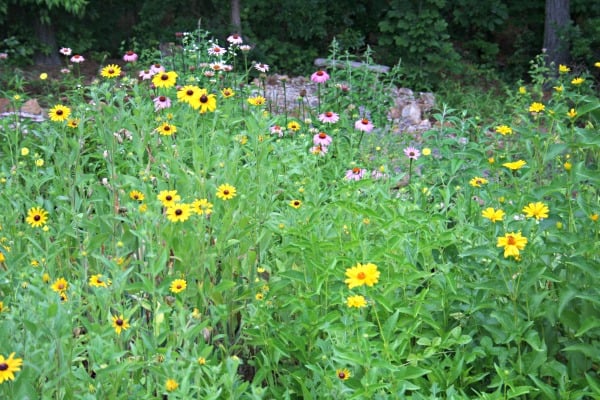 They go with everything… 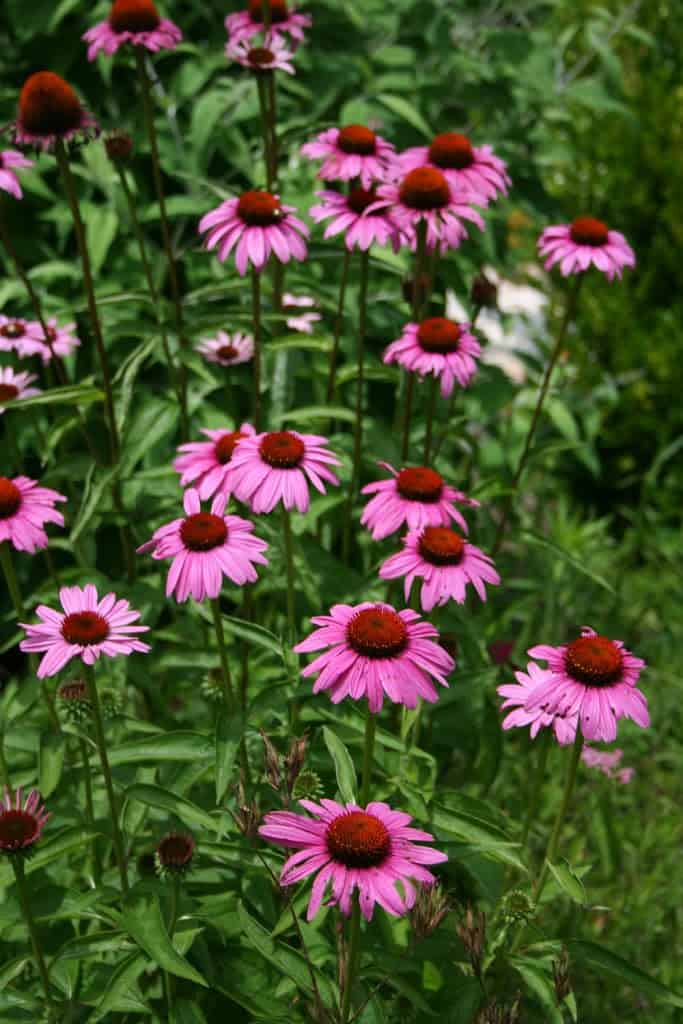 Field of purple coneflower in my garden.

These plants are beautiful, tough as nails, great for attracting butterflies and birds, and here’s the clincher: deer don’t like them.

We’ve had a doe and two fawns in our woods for the past month. I love watching them visit, but they are destructive. They’ve eaten all of our sunflowers, even the ones growing right against the house, and mowed down most of the black-eyed Susan.

But they leave the Echinacea alone. 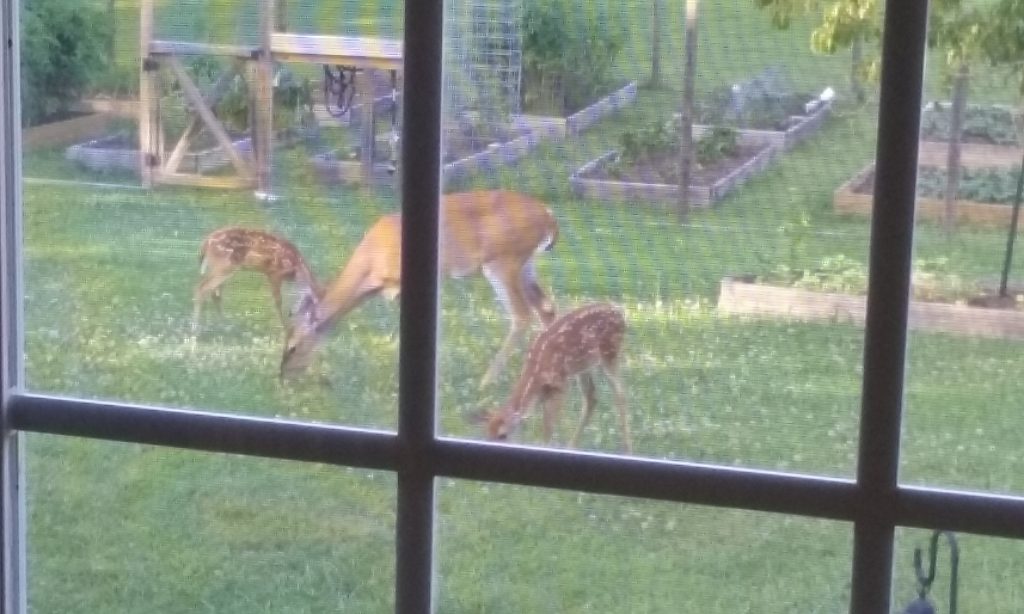 When I saw these pots of Echinacea “Cheyenne Spirit” at Wal-Mart (of all places) I had to have them for my garden. I’ve been keeping an eye on the new hybrids of Echinacea, given all its positive qualities, but found that many of the new varieties were too expensive. When I stumbled over these pots of Cheyenne Spirit in the garden center area, I knew I had to buy them – now.

The only problem? It’s July. That means the soil is like a giant, clay brick; the sun broils anything that remains outside for more than 15 minutes; and it shrivels plants up in no time, flat.

I decided to go for it. I bought the Echinacea. I waited until after a rainstorm so that the soil would be slightly pliable. I used a pickaxe to dig the planting hole. I’ve been running gallons of water to them morning and night, except today, because we received two inches of rain last night and I think that’s plenty for ANY plant, thank you. 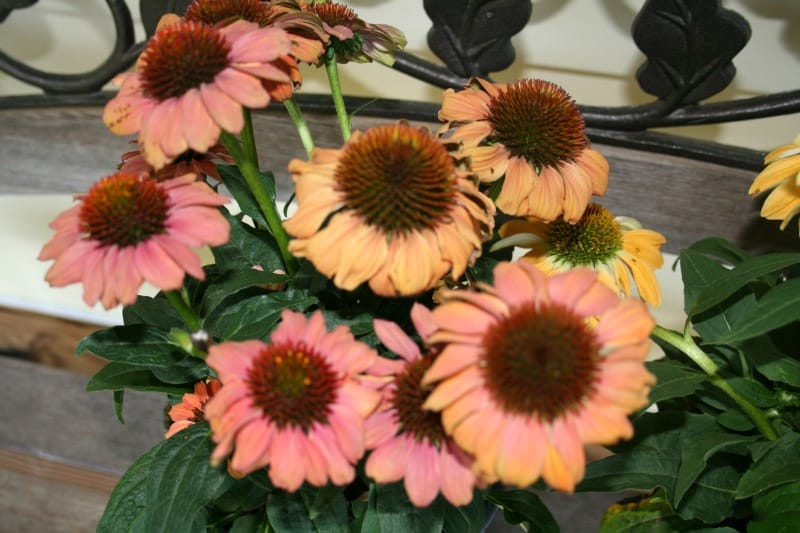 Echinacea “Cheyenne Spirit” is just too pretty not to add to my garden even if it is July!

So far, so good. Although if you’d asked me whether or not you could plant flowers in July I would have told you no (and you’re crazy for trying), I managed to do so….and keep them alive.

Now, as long as the cats don’t dig them up, they have a fighting chance.