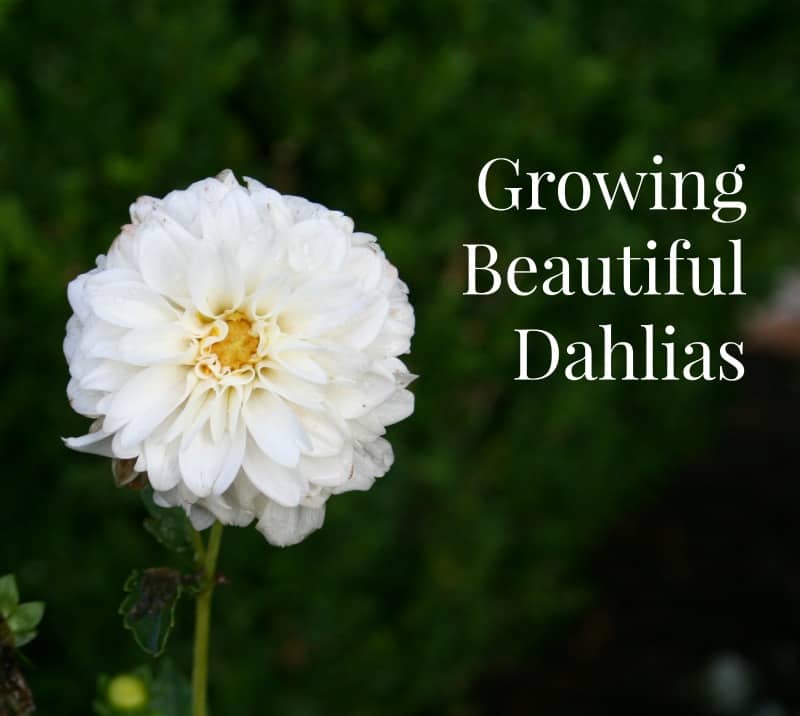 I’d never tried to grow dahlias before because I had heard, somewhere through the horticultural grapevine, that they were ‘fussy.’ A fussy plant doesn’t last long in my garden. Between periods of drought, clay soil, and hot summer weather, if you’re a plant, you’ve got to be tough to survive here.

I knew that my grandfather had been fascinated with dahlias and had grown them in his Bellerose, Queens, garden. I don’t remember this because my grandfather died before I was born. The beautiful garden I remember was lush with tomato plants, apple trees, and green grass paths, but no dahlias.

When a friend called me and asked if I wanted some dahlia tubers, I said sure. I wasn’t quite sure what to do with them. Her father had them in a bag in the basement of his home and she had no idea how long they had been stored. We thought perhaps six months, maybe a year…but who knows?

The dahlia tubers arrived, and I planted the last fall. Then I promptly forgot about them – did I mark the spaces where I’d planted them? Of course not. When it came time to dig up the soil and pull out all the crabgrass and wiregrass growing in the flower beds, I forgot all about my poor dahlias. I probably discard them along with the weeds. Ugh! I hate it when that happens!

This summer, a mysterious plant appeared near the boxwood hedge surrounding our water pump. I thought it was a daisy. Then it bloomed. Glowing white flower on top of a tall, thin stalk…and a beautiful cactus-like flower. 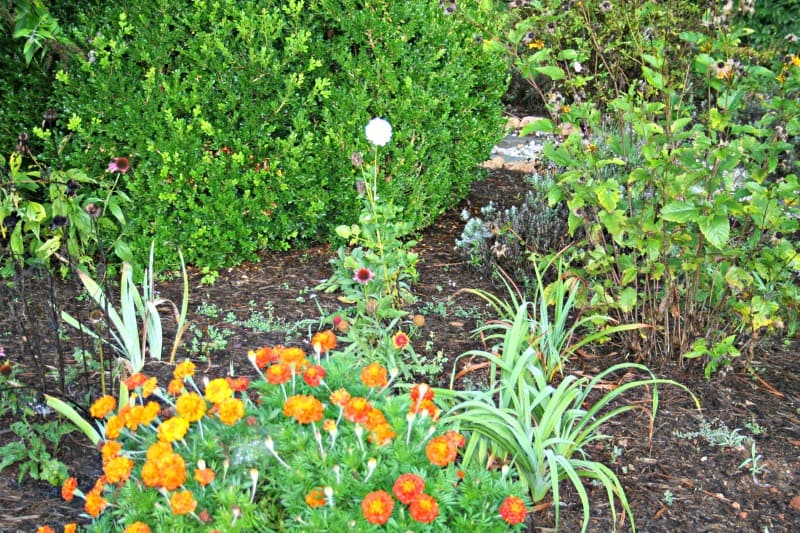 Here she is, the lone dahlia survivor in my garden. It doesn’t look like much from a distance. But close up…wow! 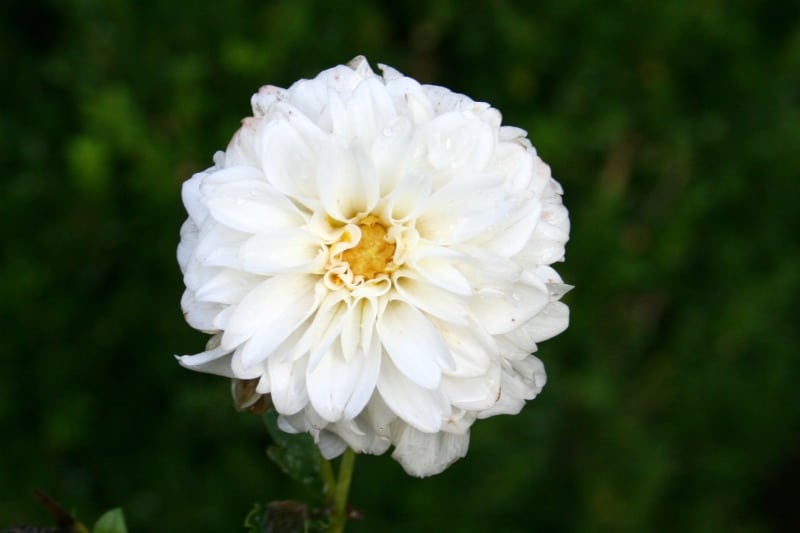 Growing dahlias isn’t rocket science. They aren’t as fussy as I thought they were, and in fact, they are actually quite tolerant of poor soils. They need abundant bright, full sunlight and good water to get established, but once they have all of that? They’re good to go!

There are so many beautiful dahlias…big ones, small ones, all sizes and colors. I’m smitten. I can’t wait to try more in my garden.

I’m glad that my misconceptions around growing dahlias were changed. They’re a beautiful flower and one that deserves a permanent place in my garden.