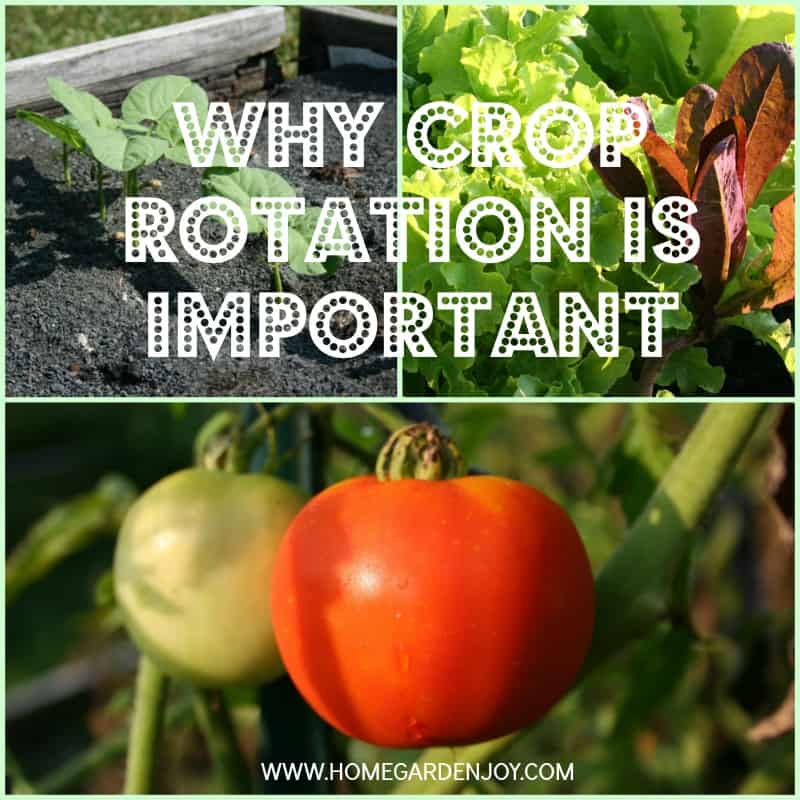 Crop rotation isn’t something many gardeners talk about, but it’s really important for organic gardening. As I’m sitting here today thinking about my vegetable garden and what I want to plant this year, I realize that I haven’t rotated my vegetable plantings for the last several years – and that may be why I’ve had more problems with each successive year.

Crop rotation simply means avoiding planting vegetables in the same general family in the exact same location two years in a row.  Certain vegetables are in the same family: the nightshade family, for instance, includes tomatoes, potatoes, and eggplant, to name a few. A good gardening practice would be to plant brassicas such as broccoli after tomatoes, or carrots after potatoes. That’s the general idea behind crop rotation.

There are two big reasons why crop rotation is important:

An Example: Growing Potatoes in My Garden

Below is a diagram of my raised bed vegetable garden.  The asparagus and strawberry beds are marked because those are perennial crops, and so must remain in the beds in which they are planted. I used treated lumber for the remaining beds; there are two untreated lumber beds which I use to grow root crops. My belief is that treated lumber leaches potential chemicals into the soil which might be more readily absorbed by root crops.  I typically plant root crops only in the two untreated beds but I accept that they will need more additives each year and I plan accordingly. 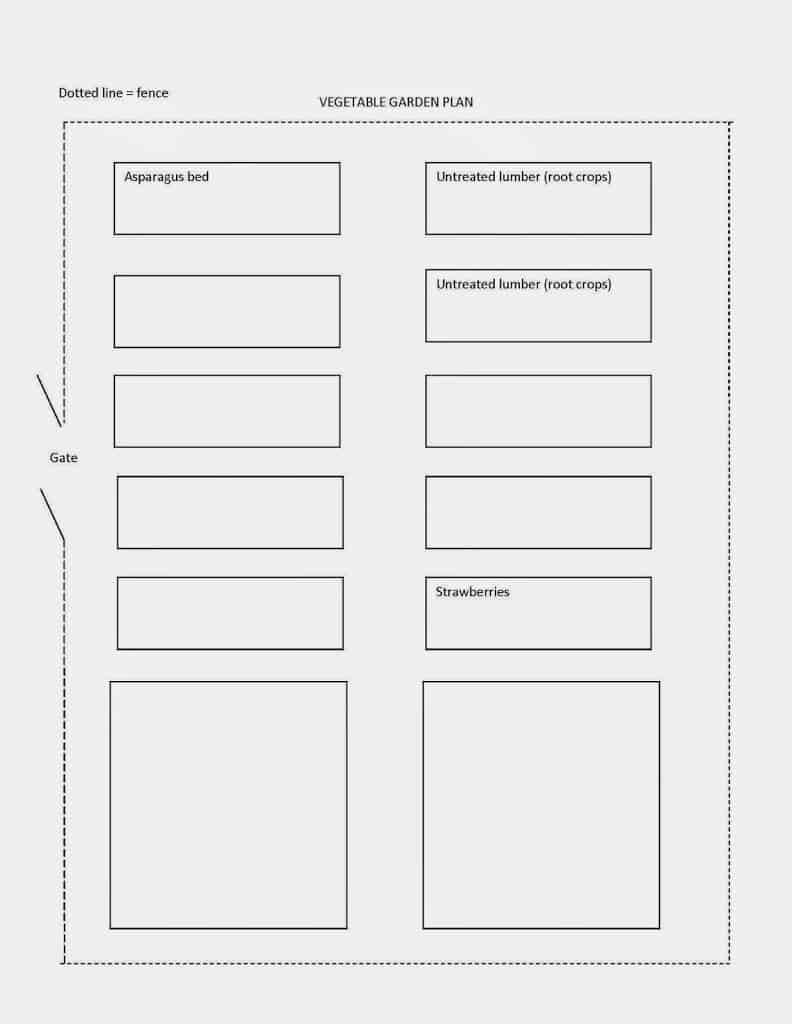 The two large square raised beds at the end of the garden are used for larger crops and spreading crops. In years past, I’ve grown corn, watermelon and potatoes in them. It’s the potatoes that became problematic last year.

I grew potatoes in the bottom left raised bed not just last year…but for the past four years. This last year was a disaster! I had so many potato bugs I lost EVERYTHING. They ate every leaf and stem from my potatoes. I went outside daily with a glass jar filled with soapy water and hand-picked the potato bugs off…didn’t even make a dent. It got so bad that I decided not to grow potatoes this year. I didn’t want to risk another bad year like that.

Why was last year so bad? I’m sure there were environmental reasons why the potato bugs were dreadful last year. Friends also reported heavier than usual infestations. I think my infestation was especially bad, however, because I grew potatoes in the same garden bed for four years.

Potato beetles will fly to new areas, but I pretty much set out a banquet for them by making it easy for them to find food year after year. I hope that by skipping a potato planting this year, they’ll head back into the woods where they can find ground cherry and other weeds that are their normal hosts, and skip my vegetable garden.

Crop Rotation in My Garden 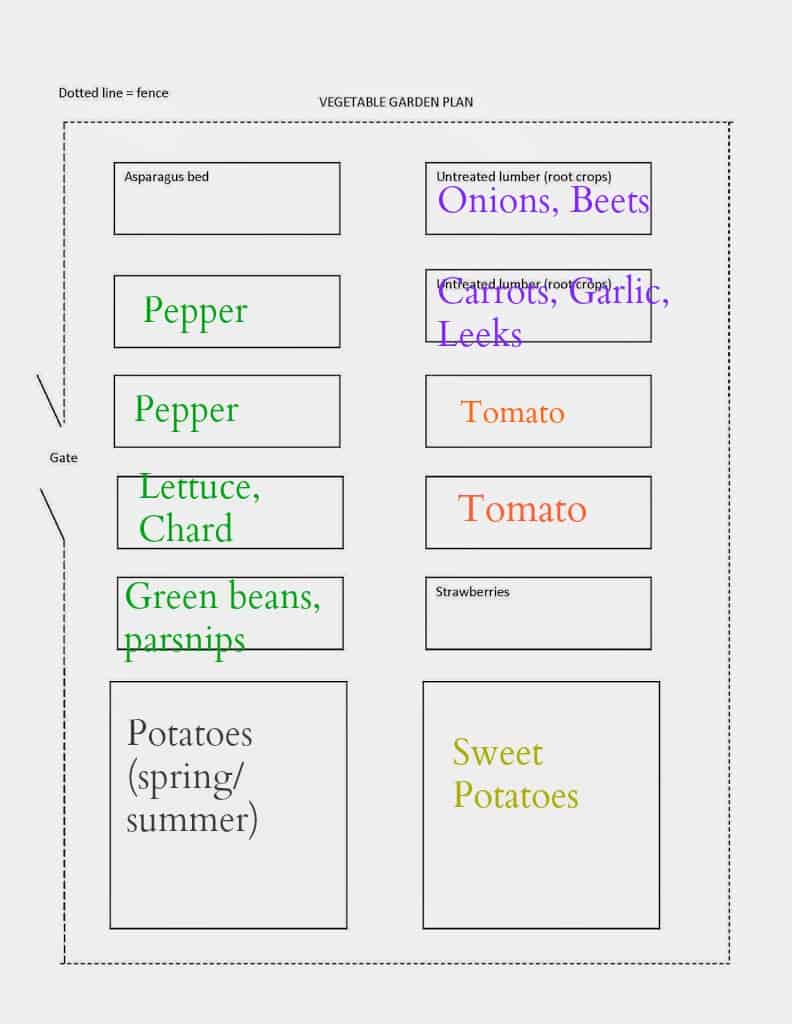 This year’s plan is a little different. I hope it helps! 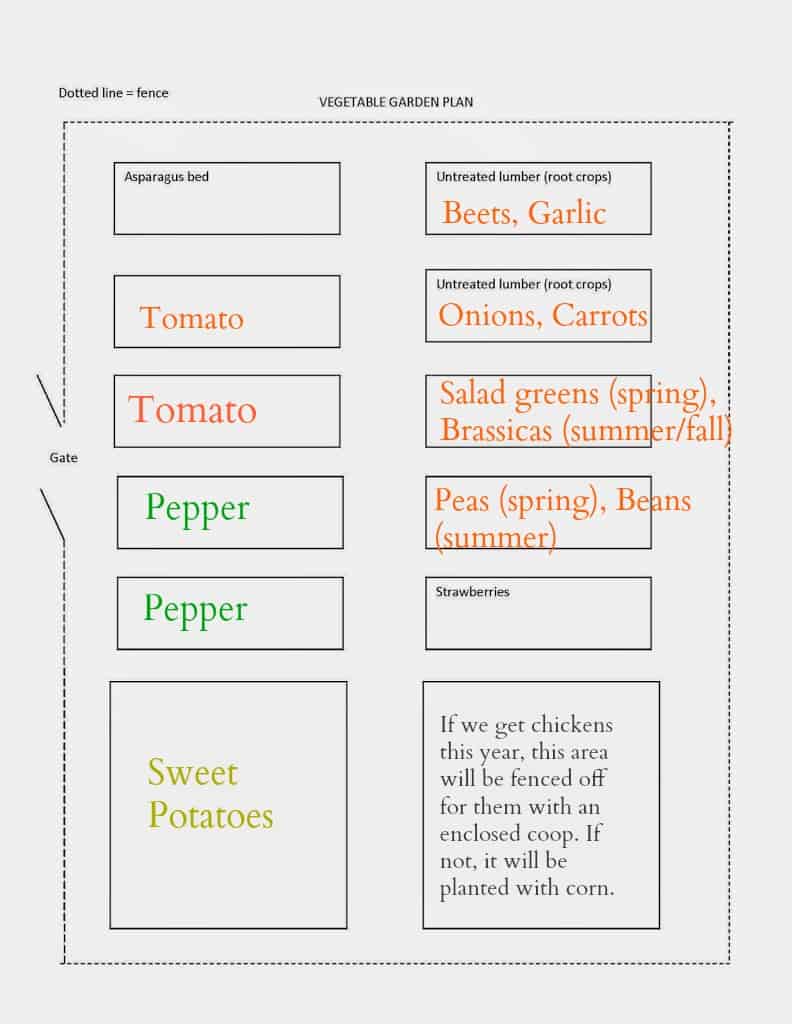 Why don’t I grow cucumbers or melons? I’ve battled insects for the past several years. I’m going to try growing them in containers on the deck. If worse comes to worse, and they get infested with cucumber beetles again, I can at least get a small floating row cloth to cover them with to keep the bugs away.

Click the picture below to see it on Amazon. (I’m an affiliate; disclosure).