Ah, fresh peas. Spring peas. Raw peas. Pea pods, pea salads, frozen peas…is there anything more delightful than fresh garden peas? The peas are a poppin’ here at Seven Oaks, and I thought I’d share with you an update on how my experiment with growing heirloom peas, what I thought was an innovative pea trellis, and crop rotation to replenish the nitrogen in my soil is all doing. 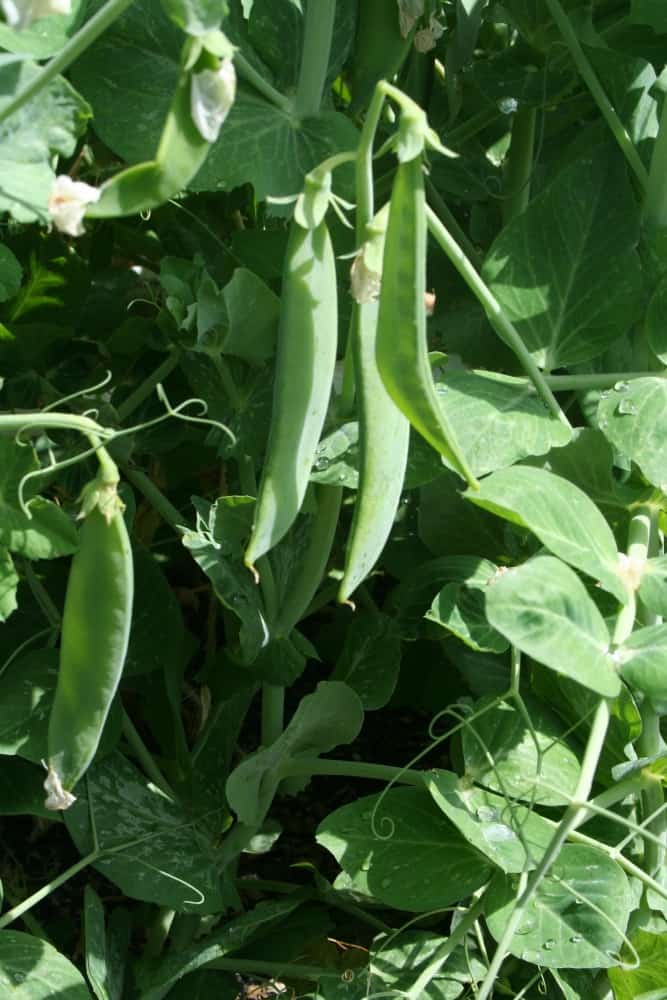 The first step to successfully grow peas in Virginia is to choose the right variety. After some research, I came up with ‘Lincoln’, an  heirloom peas variety. I bought my seeds from Baker Creek Heirloom seeds and was very pleased with the amount of seeds for the money I spent; it was a good value.

The ‘Lincoln’ variety dates back to 1908, according to Baker Creek’s website. Other sites state that the variety wasn’t marketed until after World War II. I don’t know which is correct – I suspect it was an older variety that perhaps was commercialized after WW II.

The vines sprout quickly, but take their time to get going. I was afraid they weren’t going to make it after two hard frosts, but with the second frost I covered the pea beds with a quilt and a blanket, and the plants survived. They also survived being dug up and peed on by the cats. My cats love to garden

The variety is said to withstand heat better than any other variety, and that I can say with certainty is true. After a warm March, a cold April, and a wet, cool May, the weather suddenly turned hot…like 80s and 90s F hot…and peas hate that kind of weather. The ‘Lincoln’ variety of  peas simply nodded and continue to set flower and develop pods.

This vines are compact, and do not grow overly tall. If all had worked well, my homemade trellising system would have been perfect. But alas, you’ve heard of the best laid plans of mice and men? I have the best-laid plans of gardeners. 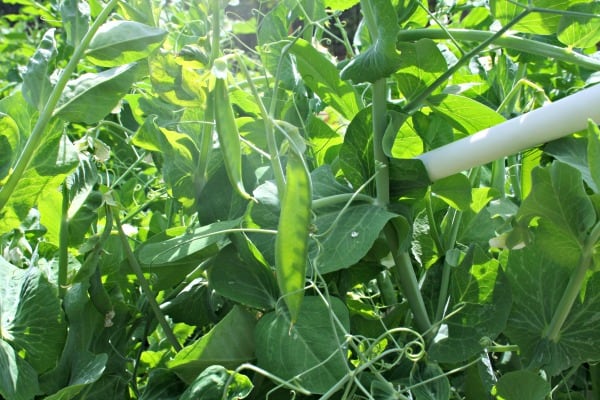 Hopefully we will get plenty of peas soon!

I developed what I thought would be an excellent pea trellis made from PVC pipes. Ingenious, I thought to myself, and imagined how the peas would cling gracefully to the smooth pipes.

The only problem with that idea is that the peas didn’t cooperate with my grand scheme. They flopped about, confused at touching the slick plastic. They wanted stems, twine, something thinner and more natural. Once I threaded jute twine among the PVC pipes, the peas breathed a sigh of relief and started to climb.

Unfortunately, they’ve formed a thick mat, but at least the mat of peas seems to hold an enormous amount of pea pods. I can’t wait until this weekend when I can harvest, shell, blanch and freeze them.

Blanching means immersing raw vegetables in boiling water for a specific period of time, usually 30 seconds to 1 minute, then immediately dipping them in ice water. Blanching vegetables you intend to freeze shuts down the enzyme processes that rot the food or contribute to discoloration in storage. It can also kill bacteria, which prevents spoiling.

I blanch and freeze peas in zippered plastic storage bags. I measure one cup servings, so I know that each pouch is a meal’s worth of peas for my husband and myself with each of getting a half-cup serving. I write the date on the bag with a permanent marker so I know which packages to use first. They store well and taste great! 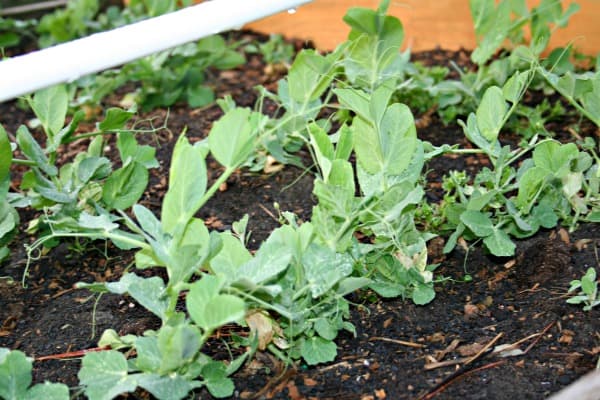 This year’s peas with the PVC trellis. NOT a good idea. 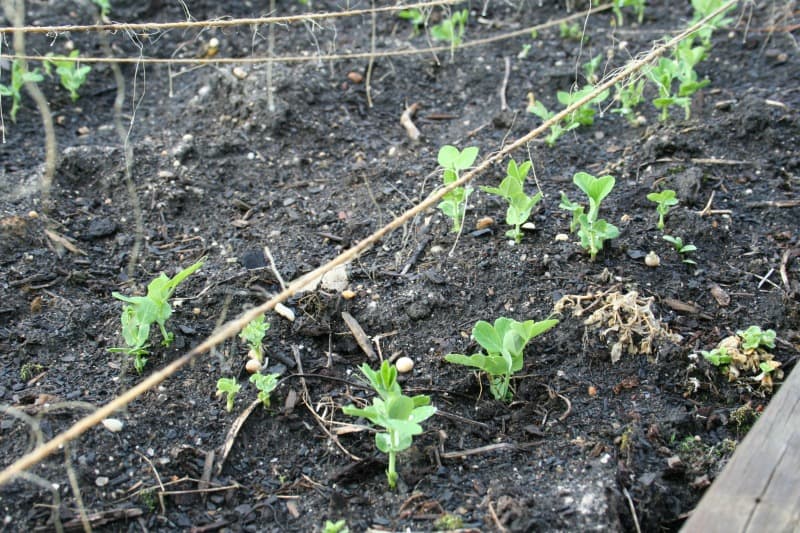 So some things this year worked out well. “Lincoln” was a good choice because it is sturdy once it gets growing, and it doesn’t mind our southern heat. The vines are compact and strong, and so far it appears to have produced plenty of peas. (I’ll give you the full report once I harvest them.) My ingenious PVC pipe trellis was a complete flop, but I’ll use the PVC pipes in the fall to build a low trellis and extend the harvest.

Even among the failures, if you’re a gardener, you can learn and…GROW!