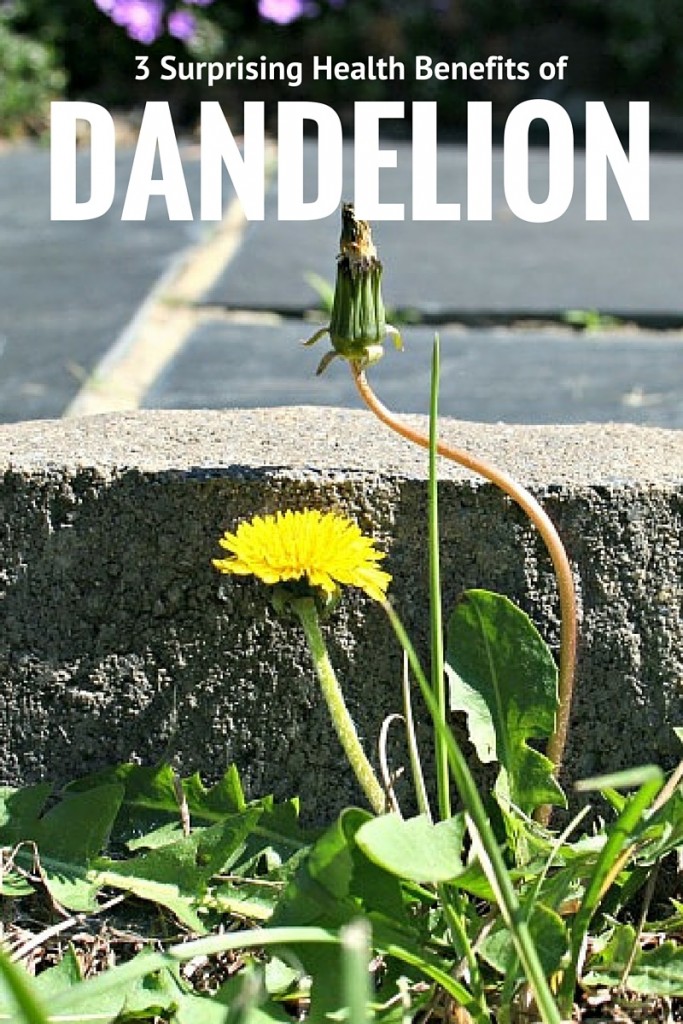 Dandelion (Taraxacum officinale) has a long history of purported health benefits. It’s important to understand that while dandelion is an edible weed, and its vitamin content is understood, the many health benefits ascribed to this plant have not been scientifically proven. If you are taking any medication, or have any health conditions, you should speak with a qualified herbalist or medical practitioner before taking this or any other herbal remedy.

Many years ago when I lived on Long Island, I was driving from visiting a friend on Staten Island back to my house in Nassau County. As traffic slowed to its usual crawl along the Belt Parkway near Coney Island, I looked to my right and saw a woman who looked as if she was from village in Eastern Europe somewhere digging along the parkway embank. Long black dress, sturdy black shoes, care worn face, even a kerchief tied babushka-style about her head, she walked alongside the highway embankment that separated the parkway from the parking lot where people fly colorful kites along the bay. She carried a pail and a long-bladed tool. As I watched, she stooped and dug vigorously until she shook a plant until dirty flew off its root. She carefully placed the plant, roots and all, into her pail, and continued walking, digging, harvesting.

It took me a few seconds to recognize the plant she so carefully saved: dandelion. What I witnessed that day was a tradition that dates back into history so far that no one know when it began. This woman was harvesting dandelions, perhaps for their medicinal value, perhaps to make tea or wine…who knows? But she knew the value of dandelions.

While you should never harvest dandelions from along roadways (for reasons which I shall explain later, in addition to the obvious safety ones), dandelions are indeed a useful plant. The leaves, roots and flowers are edible. The leaves can be eaten raw or lightly steamed, sauteed or stir fried. The flowers are harvested and fermented into wine. I recently “met” someone online who makes dandelions into jelly!

But the best uses that I know of for dandelion is for health reasons. A spring tea brewed from roasted dandelion roots is a tonic often recommended for digestion, cleansing, and edema.

The following three surprising health benefits of dandelion are the best known and perhaps safest uses for this useful little plant. As with anything medical, talk to your doctor, please, before using it.

About Dandelions: The Plant

Penn State’s Cooperative Extension reports that dandelions are members of the daisy family. They are a perennial weed, so they return from year to year. They spread rapidly thanks to the ‘puff balls’ or seed balls that form on the end of the upraised stems. The seeds are spread from wind or animal contact and can quickly seed a large patch of dandelion.

Dandelions flower only in the spring and fall, when daylight length is less than 12 hours. They will also bloom in the shade during the summer if conditions are right. The young plants can be hard to identify against similar weeds, but once the flowers arise, you can be sure it’s a dandelion.

I’ve written before about how the long dandelion tap root provides soil benefits. Dandelions have the unique distinction of pushing a very long, strong tap root into the soil. This root acts as a conduit for water and soil nutrients, and the plants can actually benefit the soil. Their flowers also benefit local pollinator populations in early spring, especially in areas where few other flowers bloom. As long as the dandelions aren’t sprayed with pesticides, they really help bees and other early pollinators survive. 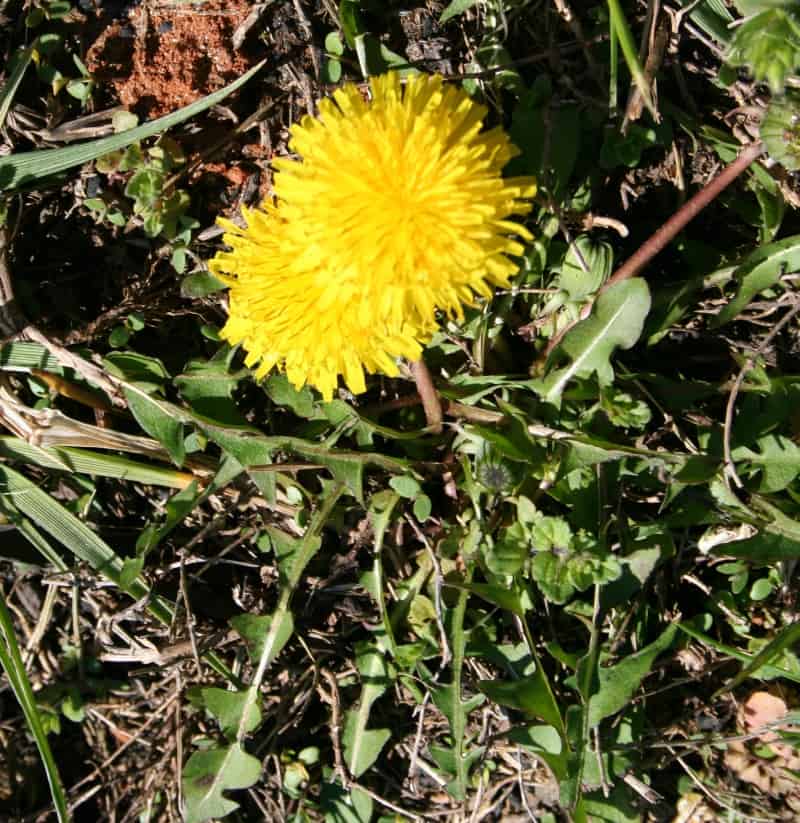 Dandelions are edible, and the leaves have long been used as salad greens. In her book, Clara’s Kitchen, Clara Cuccinari tells of how during the Great Depression, she and her sisters often lived on dandelion greens harvested from fields along their walk home from school and eggs from their hens, and nothing more during lean times.

Luckily for Clara, some of the health benefits of dandelions include plenty of vitamins. The U.S. Department of Health and Human Services states that the greens are a rich source of vitamin A.  The University of Maryland Medical Center also lists vitamins A, B, C, D, iron and potassium among the dandelion’s nutritional content.

Other health benefits of dandelions include:

Dandelion tea tastes good once you get used to the flavor. I purchase the Traditional Medicines Tea blend (shown below: affiliate link). It is roasted, which gives it a nice flavor. I sip it several times a week during the spring as a spring cleansing tonic.

I began this article by sharing a story about an old woman I saw collecting dandelions by the side of one of the country’s busiest highways. You should NEVER gather wild plants from alongside roads or highways. The exhaust fumes from cars, plus road salts and oils pushed to the side during snow plowing make the soil very toxic. I’m sure those dandelions were filled with nasty stuff.

Don’t collect dandelions from the wild unless you are very sure of the plant. First, you may make a mistake and eat something poisonous. Learn your plants before you collect them in the wild. The safest thing to do is to purchase prepared herbal products from a reputable company.

Dandelions growing on lawns may be treated with herbicides like RoundUp (R) to kill them and other weeds. Unless you know for sure that the plant is untreated, do not eat it or collect it.

I hope you enjoyed this look at the surprising health benefits of dandelion. You’ll never look at your lawn the same way again after I get through explaining all that’s growing there!

With love and wishes for Happy Growing! – Jeanne