‘ve been fascinated by flint corn this month. What is flint corn? It’s what we called Indian corn as a children – the brightly colored corn used as fall decoration.

The Wonderful World of Corn

A corn by any other name…well, something like that. Flint corn is a term given to corn with harder kernels than usual. Settlers in America likened this type of maize, or corn, to being as hard as flint – hence the name.

To understand corn is to understand the heritage of the New World. Native American grew maize, or corn, throughout the Americas. A genetic mutation in the maize grown throughout the centuries resulted in sweet corn, the yellow or white kernel corn ubiquitous to farm stands, backyard barbecues, and delicious meals throughout the summer months. 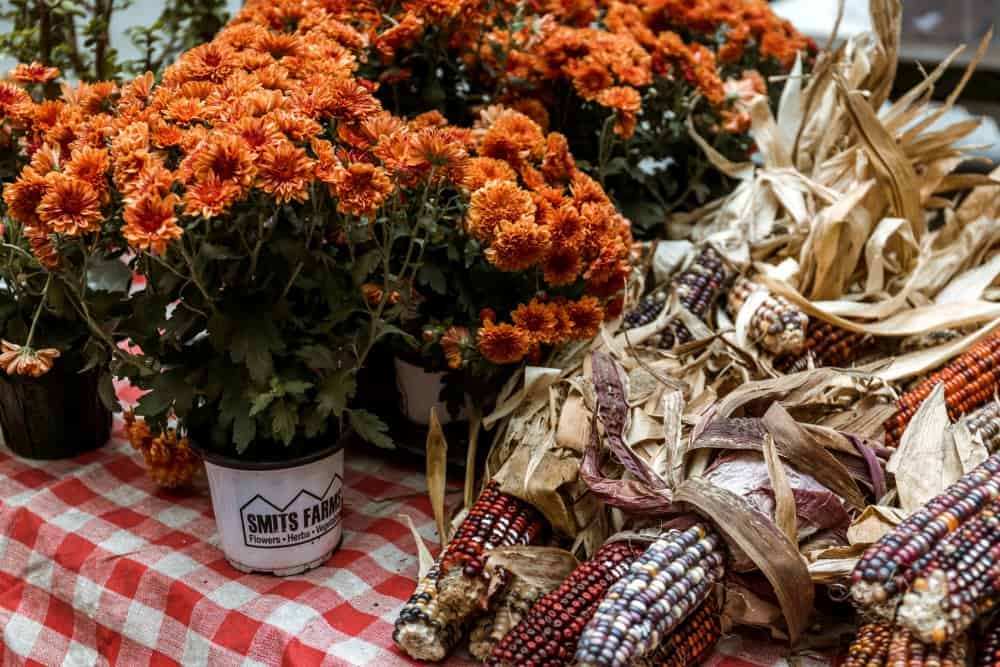 Photo by Alisa Anton on Unsplash

Moving down in order of sweetness from our beloved sweet corn is dent corn. Like sweet corn, the kernels are usually yellow but have a ‘dent’ or dimple in them (hence the name – you’ll notice a pattern here. Corn names are highly descriptive). Dent corn has less starch, therefore, it is less sweet. Dent corn is popular in South America and ground to make hominy. Flour corn and pod corn are also popular in South and Central America.

Popcorn we all know and love, and it’s a favorite snack worldwide. Popcorn “pops” when oil and water inside the kernel expand, effectively creating pressurized steam. The steam expands, turns starch into foam, and POP! goes the corn. The starch hardens into the crispy outer texture. It’s fun. It’s tasty. It’s healthy.

If you air pop it or make your own microwave popcorn – I use the Presto Power Pop and LOVE it. Amazon affiliate link below.

You place a special disk in the bottom of the popper, pour in 1/4 cup of kernels, and microwave on high for 2-4 minutes. That’s it. No oils, no artificial colors, and it’s essentially air popped. Add salt or butter to taste. Cleans up easily. Love my Power Pop!

Okay, so we’ve gone through all the yummy, delicious varieties of corn…five in all. At number six is flint corn.

What Is Flint Corn?

Some of us grew up calling it Indian corn, but that name isn’t used worldwide. Instead, it’s flint corn – hard corn, decorative corn, gem corn. The coloration of the kernels derives from variations in the amount of zeaxanthin in the kernels. Zeaxanthin is a carotenoid. It gives the yellow color to corn.

Indian corn or flint corn can be used as harvest decorations. Dried, it lasts for months or years. Until mice got our flint corn we had a decorative group for several years. If it’s stored dry, it lasts for a while.

Grow flint corn the same way you grow sweet corn. It needs full sun and very rich soil. It is a heavy feeder, so a side dressing of nitrogen-rich fertilizer or heavy composting helps product abundant corn. 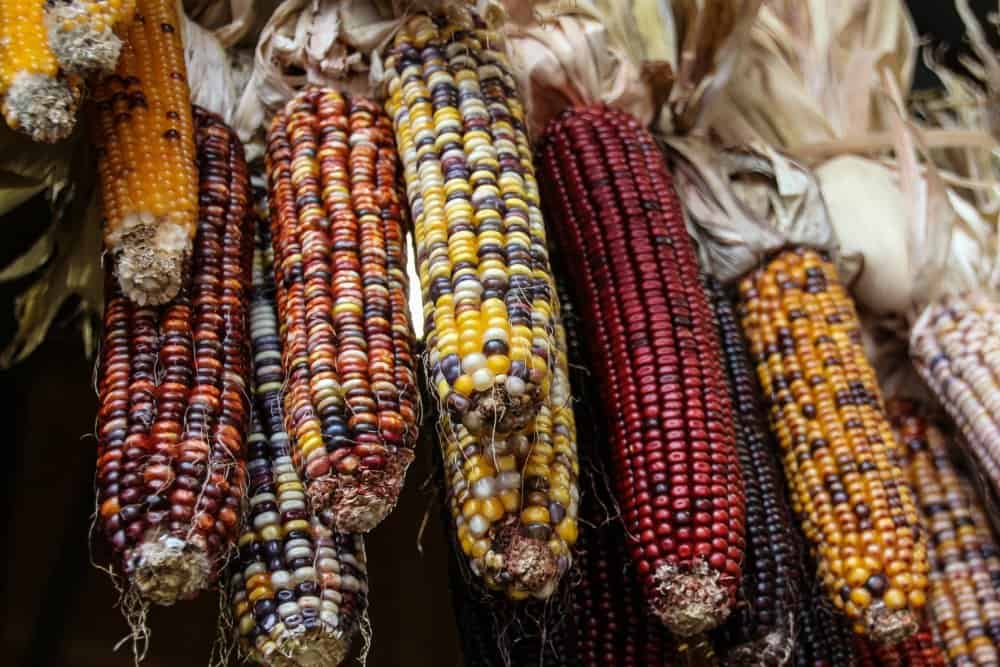 Photo by Bart Heird on Unsplash

Harvest season, Thanksgiving, Halloween and fall just wouldn’t be the same to me without a group of flint corn or Indian corn hanging on the doorway of my house. Here’s to flint corn, sweet corn, popcorn and all the wonderful ways in which maize delights and sustains our lives!